A Bride for the Pope

monologue
A woman presents a list of candidates in her campaign to find a wife for His Holiness Pope Francis. 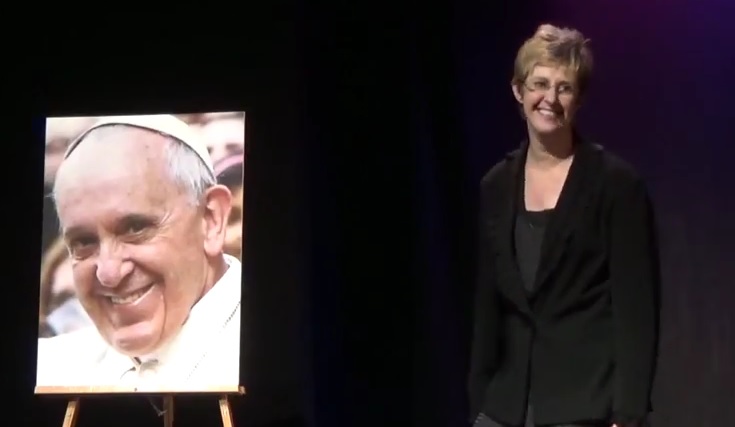 Cory Johnson on her mission to find A Bride for the Pope, Riverside Theatre, Iowa City, Iowa 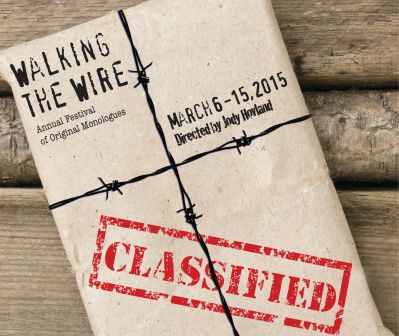 Even the pope needs someone to love, according to one of the more vivacious members of his flock.
A loyal parishioner, played by actress Cory Johnson, is ready to make the case for an all-out match-making campaign. The search for the Holy Father’s earthly love is the focus of Rex McGregor’s “A Bride for the Pope."

McGregor’s script, straight from New Zealand, is one of 13 monologues performed by nine actors in the 16th iteration of Riverside Theater’s “Walking the Wire” series.  - Michael Kadrie in The Daily Iowan, March 5, 2015

“I love the ardent passion that my character has. There is no sense of blasphemy, but there most certainly is questioning of man-made rules as they pertain to religion. And, if I do it right, it is particularly funny,” Johnson said.

Her role plays with the physical and emotional needs traditionally associated with the Pope, a celibate religious figure. Johnson, who works at a Catholic university, said she enjoyed sharing her preparations with coworkers.

“It is fun to let some of the priests on campus read this and respond to it. I have received nothing but laughs and well wishes,” she said.
Sample:

A woman with a smart corporate look supervises stagehands as they set up an easel and place a large framed picture on it. The painting or photograph is a romanticised portrait of Pope Francis. When the stagehands leave, the woman adjusts the placement of the picture to her satisfaction. Then she beams at the audience

WOMAN
We are truly blessed. Beyond our wildest dreams.
When something this glorious happens, it’s hard to resist calling it a miracle. Oh, I know the Church doesn’t like to bandy that word about unless there’s clear evidence of divine intervention. Fair enough. Strictly speaking, a democratic election, carried out in accordance with due process and subject to thorough scrutiny, may not qualify as “miraculous”. But to us it’s been a godsend.
By the way, I hope you all handed in your suggestions earlier. Results are being tallied now.
Last year the future of the Catholic women’s ordination movement looked irredeemably bleak. Let’s face it. We were toast.
The old boys’ club delivered the message loud and clear. Admit women to the priesthood? Over their dead bodies!