A Ghost Story for People Who Don’t Believe in Ghosts
based on Wuthering Heights by Emily Brontë
The Bechdel test asks whether a work of fiction features at least two women who talk to each other about something other than a man. Cathy Haunts Catherine goes even further. It never mentions any males at all.

Synopsis
Locked up in a room at Wuthering Heights, Catherine Linton must decide whether to get married in the morning. Her fellow prisoner Ellen tries to dissuade her. And so does her mother’s ghost.

Setting
A room at Wuthering Heights in Yorkshire, England 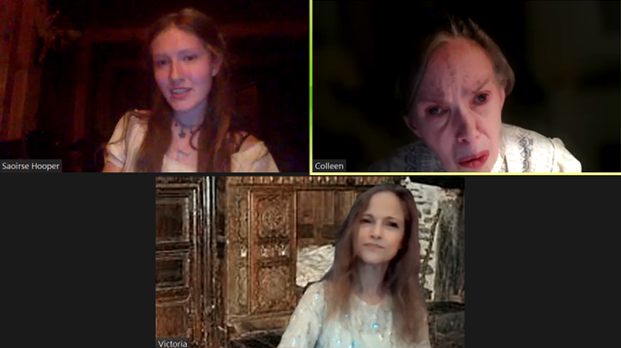