Party Crasher on a Mission

10-minute comedy
A young couple are enjoying a romantic evening at their college graduation party. Not for long. 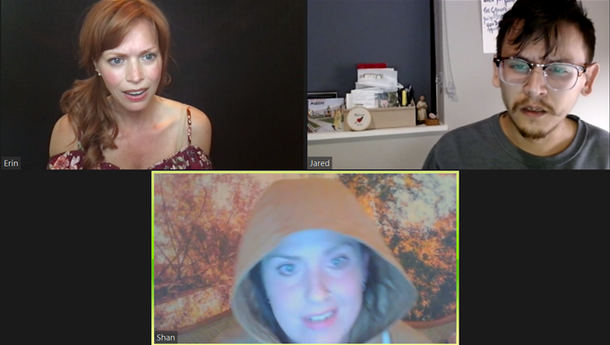 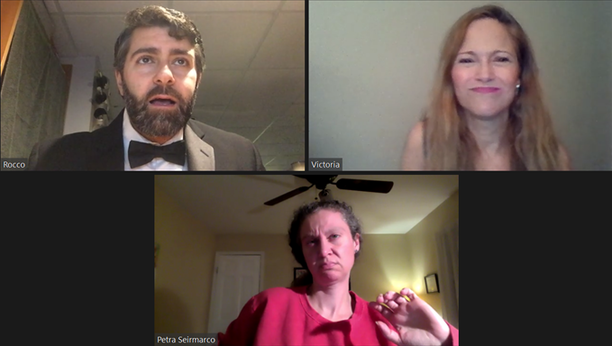 “Party Crasher on A Mission” by Rex McGregor is a play that forces three young people to weight their life choices head-on. George Bernard Shaw famously said, “Life isn’t about finding yourself ~ Life is about creating yourself.” The characters in this play, need to step-back and truly analyze what they want in life.
The plot is structured in a clever fashion, as the characters make their decisions and internalize the impact of their choices. The playwright’s characters are manipulative and compassionate in following their dreams. Some of the actions are ridiculous, but extremely funny. Each character passionately wants something in the beginning of the play; as the plot thickens, the characters realize that what they want, will require extreme modifications in order for their plan to materialize. The variety of rethinking of choices in this play, are truly
thought-provoking, with life-changing consequences. The play is constructive like a game of chess, each series of moves is calculated with precision and care. Eventually each character’s risky move is executed. As a reader, I was mesmerized with the plot, just when you think a move is being made, another chain-of-events forces the character to recalculate their strategy. The possibility of the different outcomes, in this plot, will keep audiences engaged and on the edge of their seat.