Girls on the Brink

From a new take on Romeo and Juliet to an Afghan girl whose days as a boy are at an end to a futuristic tale of living forever, these seven diverse plays all explore that precarious moment when young people find themselves on the brink of life.
THE GIRL WHO WOULD RATHER NOT GROW UP JUST YET
Wendy is a spoilt 16-year-old. Like her namesake in Peter Pan she enjoys having a Newfoundland dog for a nanny.

REFLOAT OUR WHALE
While rescuing a stranded whale, a high school principal and two of her students deal with the aftermath of a cyberbullying case.

GROW UP, JULIET
Grieving Juliet wants to join Romeo in death. But she learns she is the victim of an elaborate hoax. Who is behind it? Surely not Friar Laurence.

TWILIGHT OF THE GRIZZLY
Trapper Joan has the last surviving California grizzly in the sights of her rifle. The bear doesn’t stand a chance… until an unlikely savior comes to its rescue.

ALEEMA THE BOY GIRL
Aleema enjoys being a “bacha posh”— an Afghan girl raised as a boy. But with the onset of puberty her freedom won’t last long.

SUGAR HORROR
Trick-or-treaters Ansel and Retta are lured by irresistible candy. Will they ever go home again?

ALMOST IMMORTAL
The sea level has risen so much that hills have become islands. As the environment is destroyed around her, Zen dreads the thought of living on for centuries. 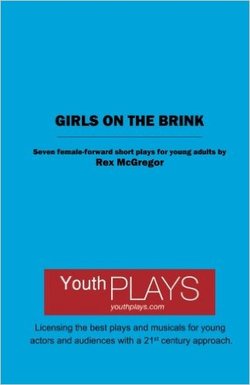