10-minute comedy
As the World Wildlife Fund’s poster boy for endangered animals, Ling enjoys a comfortable life full of adulation and all the bamboo he can eat. But when a rival species challenges him for the role, he risks losing everything. 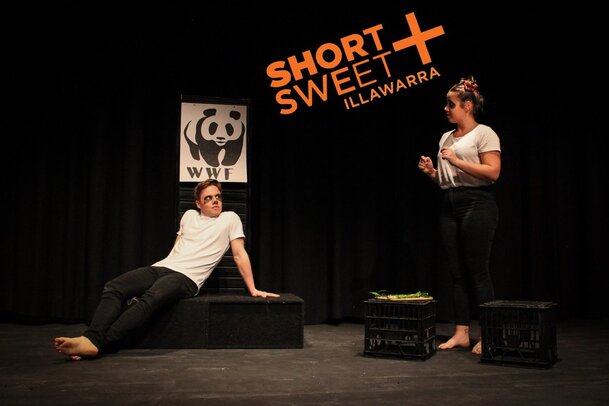 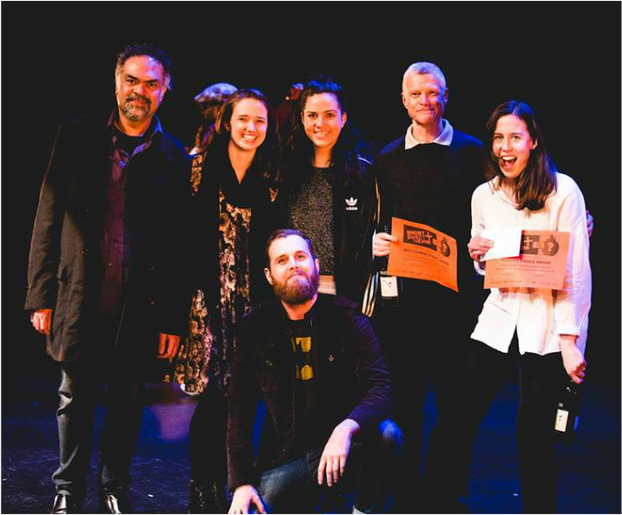 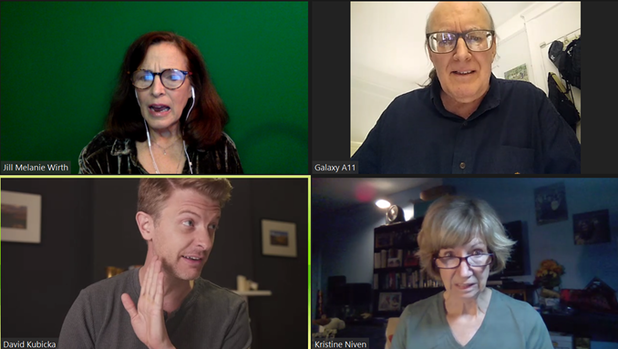 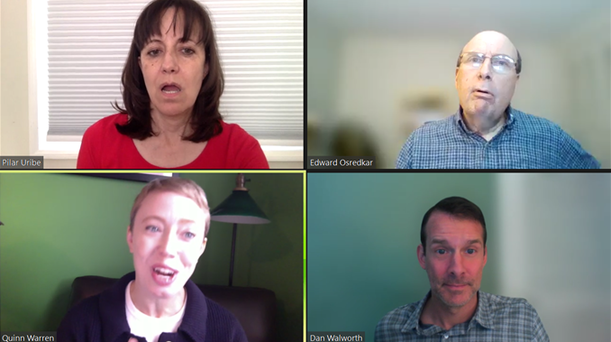 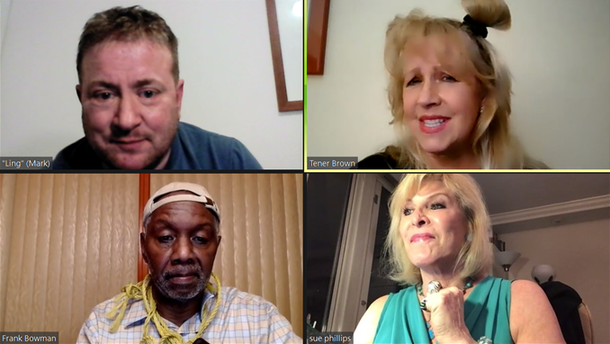 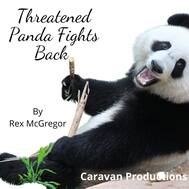 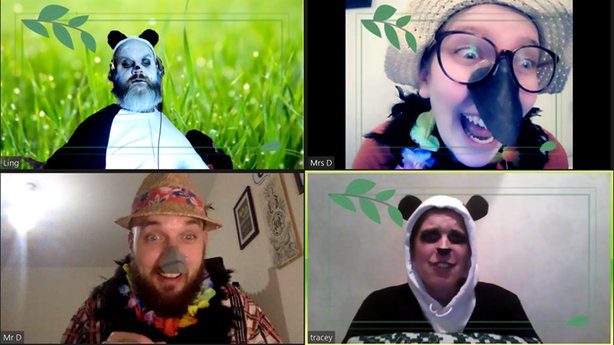 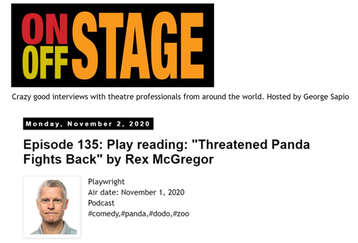 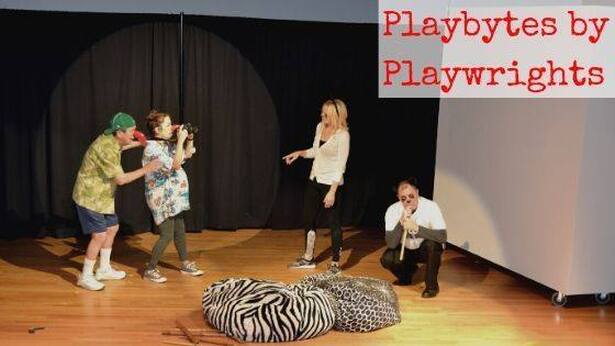 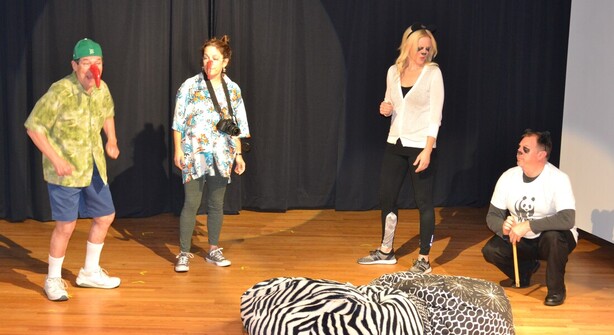 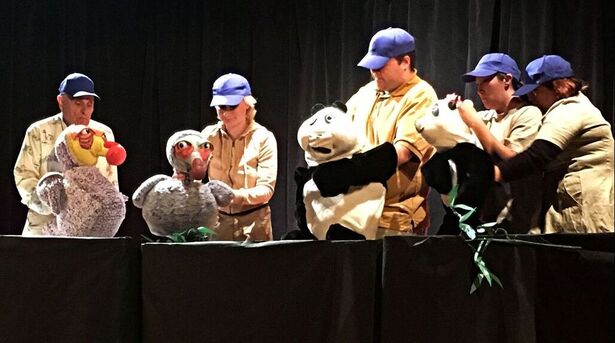 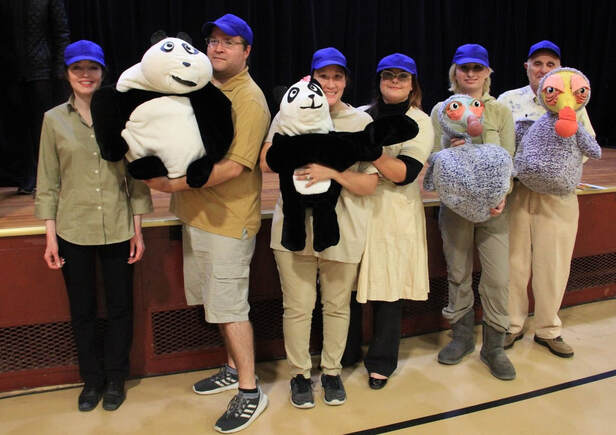 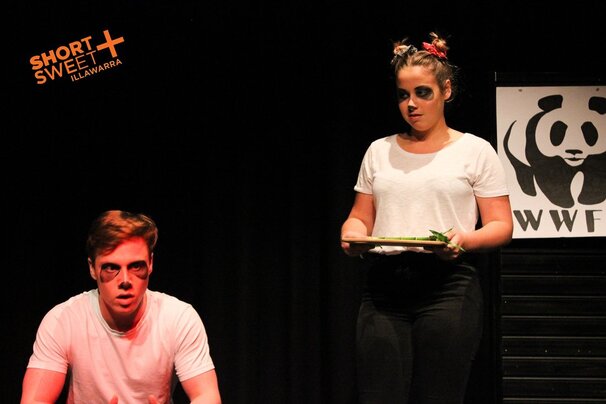 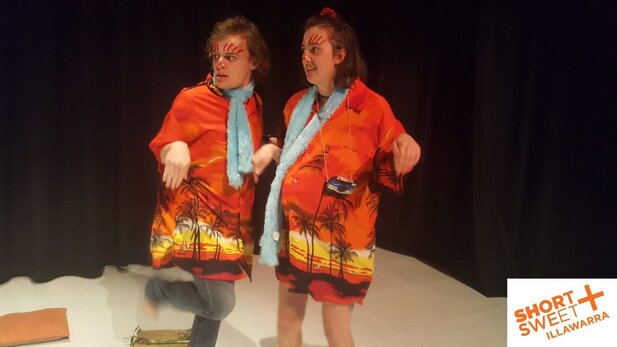 Review
"A panda named Ling (Harrison) is the poster boy for endangered animals until science brings two dodos (Mapplebeck & Whitcher) back to life. A humorous and creative piece with plenty of funny sex-based humour and winning comedic performances, aided by panda make-up and great dodo costumes, by all four. Understandable why it won first place with the judges." - Dylan Horvat 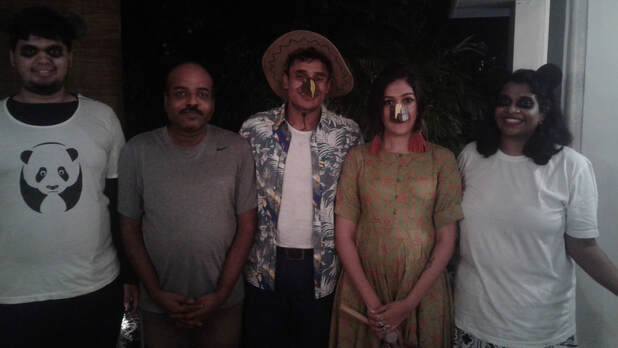 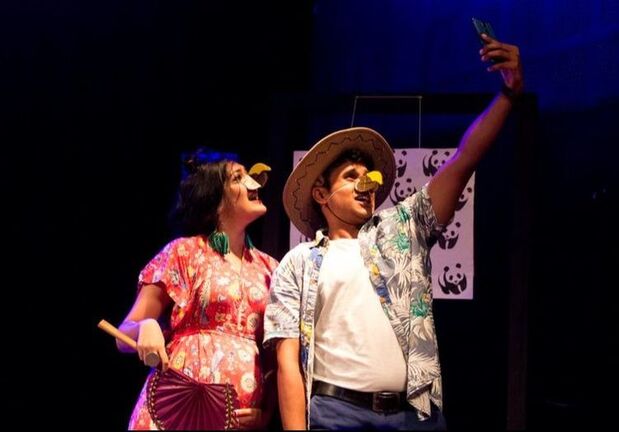 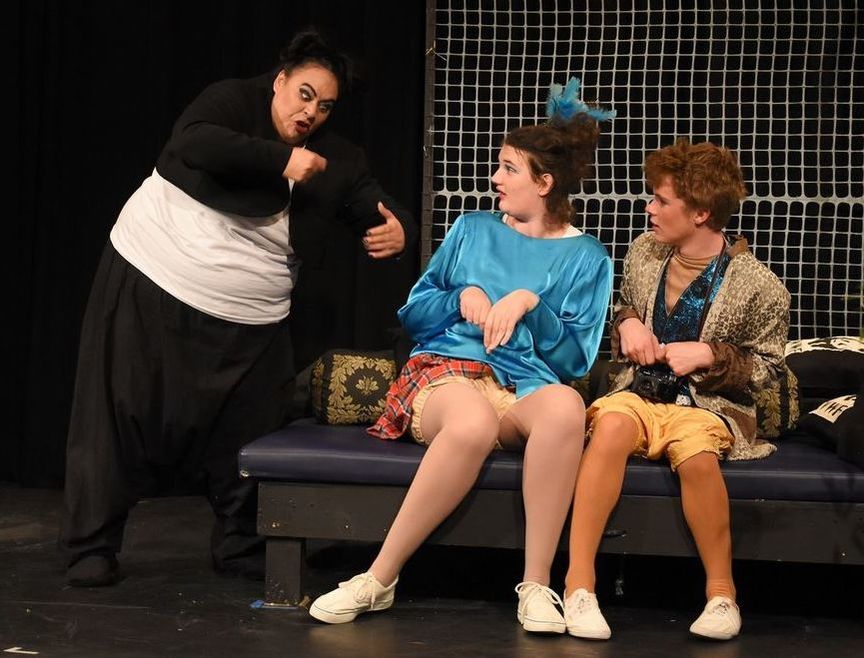 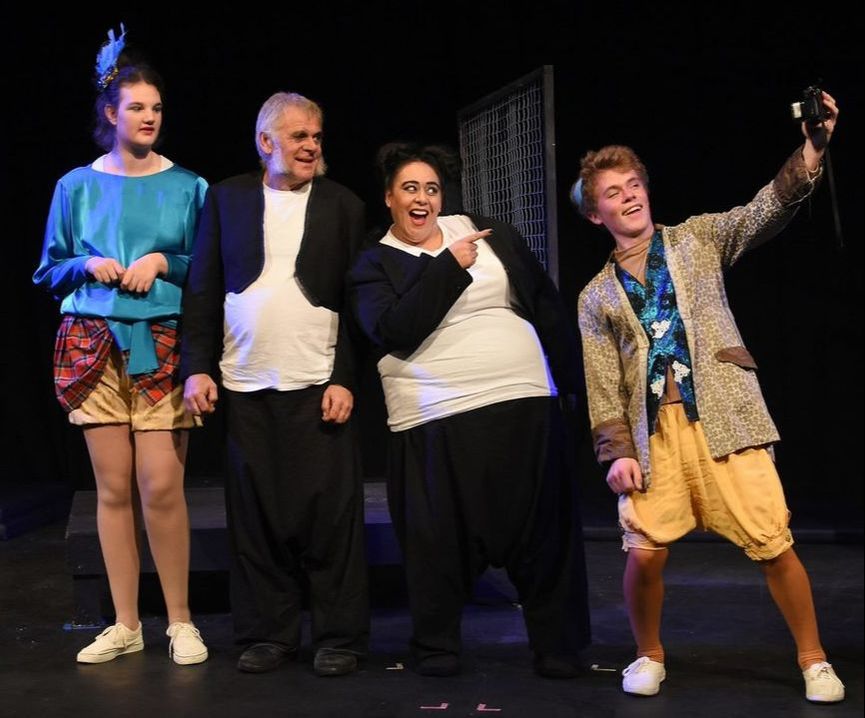 Review
"The best part of the evening is the short, sweet and side splitting Threatened Panda Fights Back, by Rex McGregor.  Ali Beal morphs into an hilarious Ling – WWF’s poster boy for endangered animals, and Peter Berry a very whiskery and believable Yan, Ling’s amorous mate.  When the pandas discover they are about to be usurped by a miraculously now un-extinct pair of dodos, they swiftly hatch a plan to dispatch of the couple.  Jack Garvey and Nathalie Van Egten are wonderfully awkward dodos as they totter around the stage, and the play is so absorbing I was surprised, and disappointed, when it ended." - The Hook 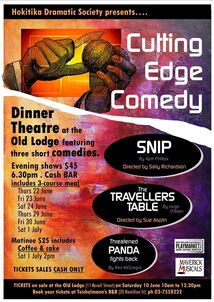 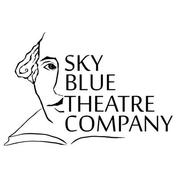 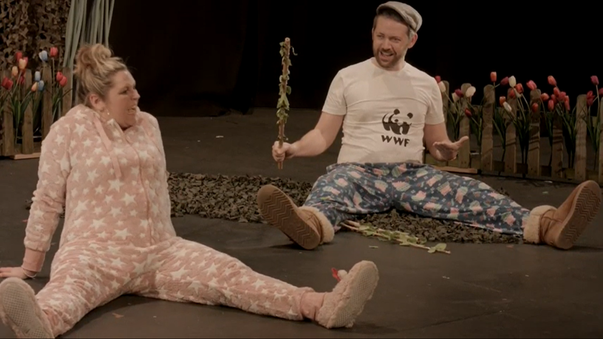 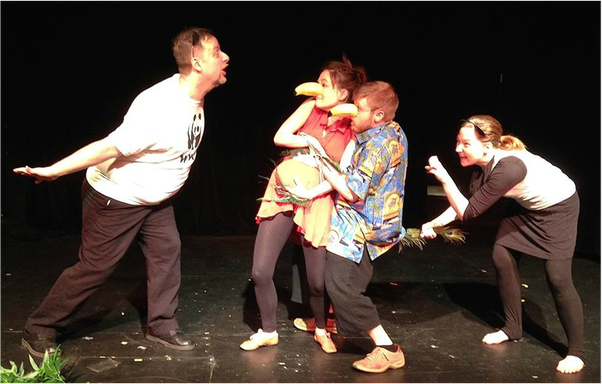 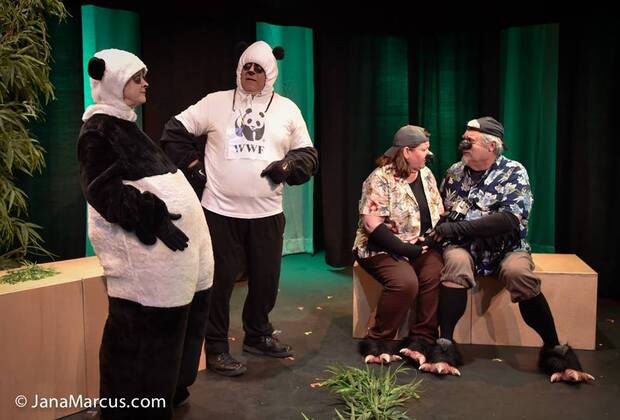 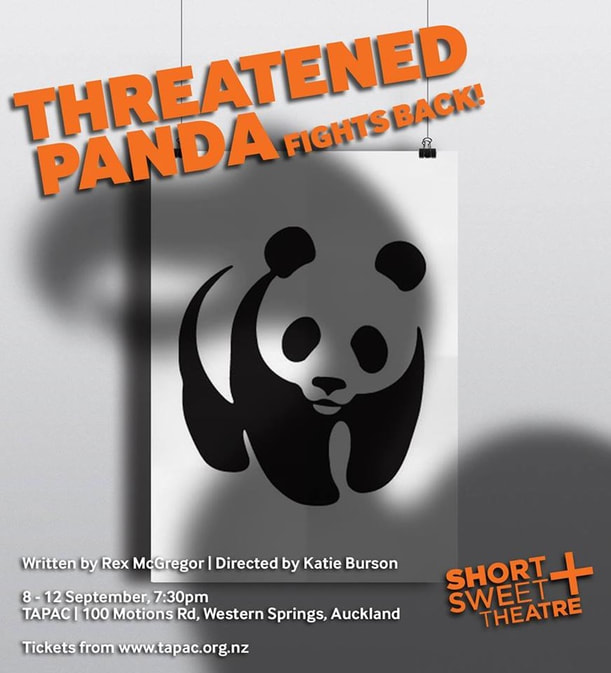 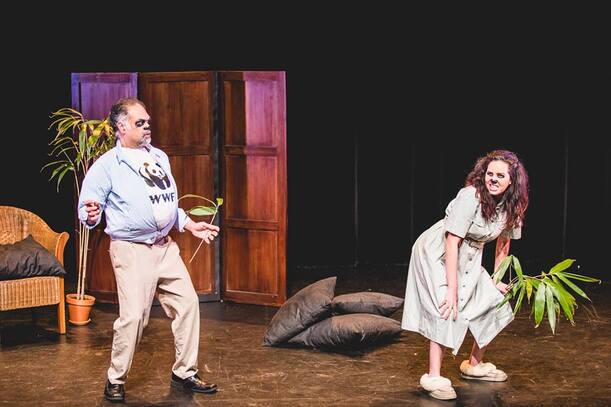 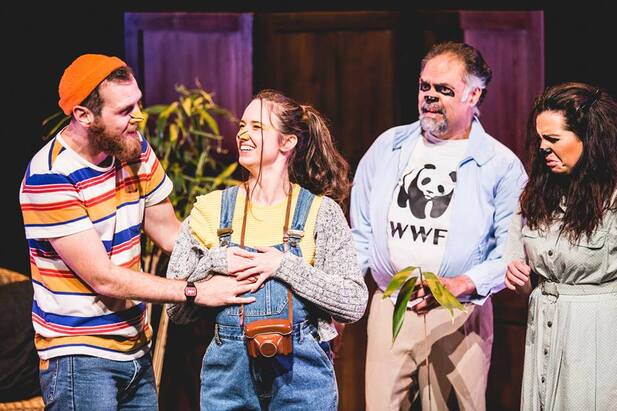 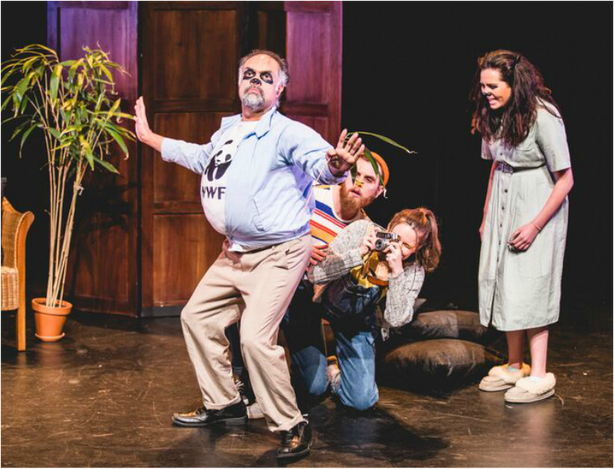 Review
​"Before a word of Threatened Panda Fights Back! is spoken, the audience is laughing loudly, and it continues throughout this play. It's due to an hilarious scenario created by Auckland playwright Rex McGregor, and assisted by great direction from Katie Burson. The four actors (Mustaq Missouri, Georgina Silk, Siave Irasa, Tom Wardle) are all very good, but there's no doubt the show is stolen by Mustaq Missouri's Panda. What a dilemma he must resolve: as the face of the World Wildlife Fund's Endangered Species programme, breeding would threaten his position. On the other hand…" - Bronwyn Elsmore, Theatreview

Review
​"If you do catch this week’s show, it is worth it for Threatened Panda Fights Back! Written by Short+Sweet veteran Rex McGregor (is there any year that he has missed?), director Katie Burson employs her clowning nous for an imaginative piece about a Panda threatened, not by extinction, but the new hot thing in animal conversation. Mustaq Missouri’s Panda is full of his own self-importance, a rock star and poster boy for WWF. His mate (Irasa Siave) tries many tactics to pique his sexual interest, but he stubbornly refuses: too many Pandas, and they’ll lose what makes them special. His thinking is challenged when very special birds Mr D (Tom Wardle) and Mrs D (Georgina Silk) appear on the scene and lay claim to the enclosure. It’s a great idea, great script, and made vibrant by the cast’s playful and physically astute performances. I’d love to see this enlarged and for Katie Burson to keep an entire zoo." - James Wenley, Theatre Scenes 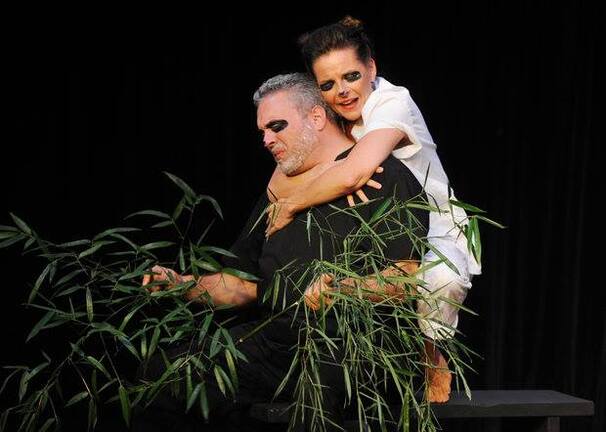 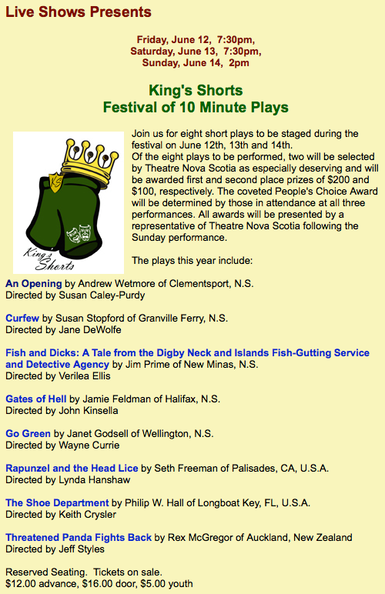 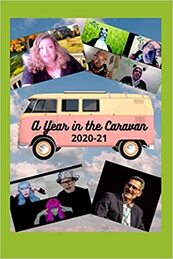